What if someone obtained your email password right now? 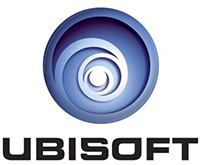 Ubisoft is recommending that all account holders change their passwords in the wake of recent unauthorized access to its user database.

In a security update posted on the Ubisoft support site and in emails sent to its account holders, the publisher revealed that unauthorized access to some of its online systems was recently gained through an exploit of one of its websites. That access point was quickly closed but during a follow-up investigation, Ubisoft learned that "data had been illegally accessed from our account database, including user names, email addresses and encrypted passwords."

Luckily Ubisoft doesn't store any payment information. However although passwords were encrypted, there is no indication of how strong the encryption was on the passwords and this can sometimes be cracked or reversed.

How strong are your online passwords, and over how many sites are your passwords repeated? There is a common misconception with passwords. People have over time tried to make passwords more secure by introducing more randomness into the password. However, this isn't necessary if you just introduce increased entropy through password length. This is best explained here. Basically rather than a set of random letters, just pick a long phrase or quote that would be hard for someone else to guess!